WATCH: Award-winning Irish author Michael Collins arrived at the Black Rock in Griffintown Friday, as part of his 900-kilometre marathon. Collins hopes to raise awareness of the many Irish immigrants who died in Canada trying to flee the famine in Ireland and raise funds for various Irish memorials.

The United Irish Societies of Montreal and the Montreal Irish Memorial Park Foundation, Inc. got a big boost Friday as they try to build a park to remember their ancestors who died of typhus.

Award-winning Irish author Michael Collins arrived at the Black Rock in Griffintown as part of his 900-kilometre marathon.

Collins is retracing the route of Irish immigrants who arrived in 1847 to escape the famine.

He began his journey at Grosse Isle, Que. and will finish at Ireland Park near Hamilton, Ont.

“We have a great shame about the famine that happened to us and we have been unable to process it,” Collins said. “Maybe it’s survivor’s guilt.”

“When I came to Canada to learn French, I learned this history myself – I didn’t know it. So I went around and told the Irish newspapers about this specific May-to-October passage of 100,000 immigrants.

“They were kind of flabbergasted that the story hadn’t been told.” 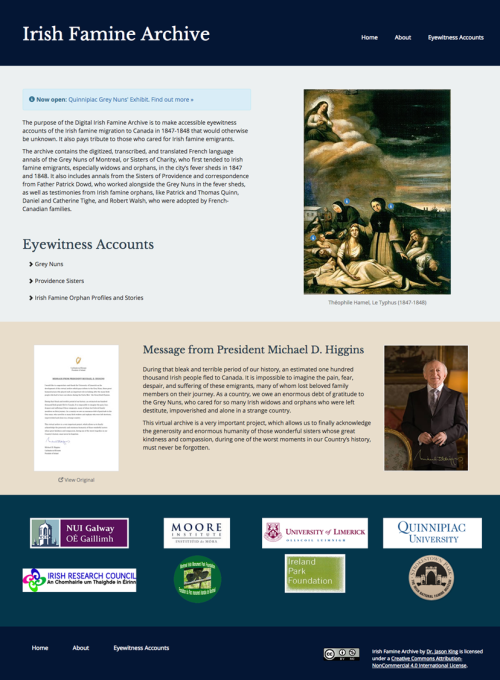 The Black Rock, located on Bridge Street, is the burial site of 6,000 Irish immigrants.

The proposed site is currently owned by the federal government but efforts to build a park have gained traction in the past four years.