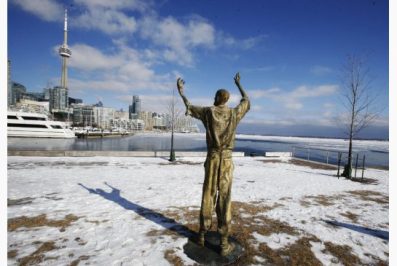 From the Ireland Park Foundation and INUA Partnership:

Patch of Green to Honour Those who helped Irish Immigrants

Ireland Park Foundation has recently embarked on the creation of a second park in Toronto City Centre, commemorating the medical and clerical staff who sacrificed their lives assisting the Irish migrants in 1847. iNua Partnership will work with Ireland Park to maximise awareness for this ambitious new commemorative space, both in Canada and Ireland. The ultimate aim of course is to generate significant new streams of fundraising revenue to put towards the development of the Park and achieve its goal of being completed by June 21st 2016.

The tradition of storytelling is an acclaimed part of Ireland’s culture that has positively influenced our reputation around the world.

So much of the extraordinary journey that carried our Irish ancestors to Canada can be told through storytelling. As a Partner to the Foundation, iNua Partnership is committed to keeping those stories alive and ensuring that we pass memories through stories to the next generation. To this end, iNua Partnership has commissioned NUI Galway’s Dr. Jason King to conduct new research to help uncover the remarkable and deeply personal stories of some of the thousands of Irish men, women and children who left from Cork and Limerick for Canada during the Famine years. These stories, in time, will be shared with you all.